Judo and Brazilian jiujitsu are both awesome fighting techniques to learn but if your wondering which one is the style for you, then read on and learn the difference between the two.

Also Read: Learn the difference between muay thai and bjj 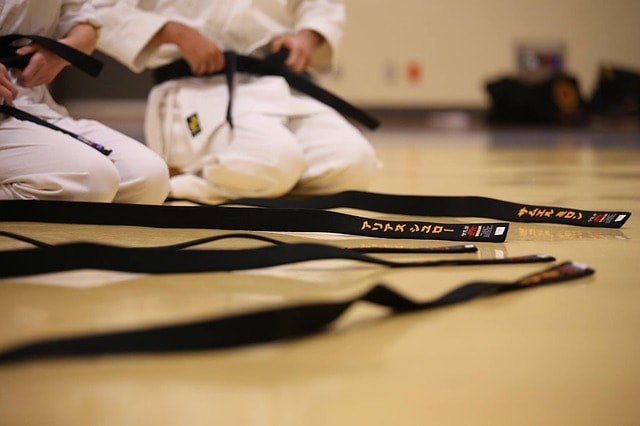 At first glance, you may think that judo and Brazilian jiujitsu are largely similar. That’s likely because Brazilian jiujitsu was drawn from judo’s techniques and style. However, they have developed differently and still have vital differences that set them apart from each other.

Because these sports vary from each other in their core techniques and rules, the purpose of this article is not to pit them against each other and see who would win in a match that has opponents from each sport. Rather, this is to have a closer look at the differences between the two sports in order to be able to differentiate them from each other better.

Check out these bjj gis

Judo’s primary strategy relies on fighting from a standing position and being able to grip, unbalance, and throw your opponent to the ground. It’s a very direct method for self-defense, but on the occasion that both players find themselves on the ground, judo appropriates techniques for fighting and gaining points from there.

Brazilian jiujitsu stems from that very aspect of judo and the throw is not the main gist of the fight but rather what comes after. As a matter of fact, being thrown is a welcome opportunity for you to bring your opponent down with you in Brazilian jiujitsu, thus getting you to the main meat of the fight which is the ground fighting techniques.

As expected the corresponding points for the method of each sport stems from the fighting techniques that matter most in the sport. In the case of judo, a solid throw is an instant win (also called an ippon). Meanwhile, Brazilian jiujitsu only awards points to a throw depending on its quality.

Rather, a submission marks the end of a Brazilian jiujitsu fight. Once the fighters are on the ground and using ground fighting techniques, they can work on getting their opponent in a submission hold. This is also another possible course of winning in judo, but if the submission is not achieved immediately then the fighters will be asked to stand up again and resume fighting from a standing position.

The method of Brazilian jiujitsu has been described as reckless, even its founder Helo Gracie has admitted that he required medical care for serious injuries and almost died from being choked unconscious in one of his fights. But judo appears more violent because it centers on the fact that opponents try their best to use each other’s strength against them in order to throw each other to the ground.

Another cultural difference between these two sports is that judo is influenced by Japanese culture’s emphasis on hierarchy and respect. On the other hand, Brazilian jiujitsu encourages its players to win challenges at all cost.

Judo is taught in two different streams which are Olympic Judo (for competition) and Kodokan (technical knowledge based). Brazilian jiujitsu has three streams: Competition, Self Defense, and as part of mixed martial arts.

Whatever style it is you want to learn, Judo and Brazilian jiujitsu are definitely going to help you in your self defence. If you are interested in learning new fighting skills then I highly recommend you applying these to your training.